A colleague who is blind recently pointed out a micro-aggression that Tamman wrote in a social media post. In that post, we used the phrase, ‘If one follows this blindly…’. This saying was used in a common colloquial way to imply someone’s lack of understanding or thinking about the subject at hand. But, when we linked a specific disability to imply a lack of understanding or intelligence, we insulted her and I’m sure other readers.

This colleague had the courage and familiarity of a relationship with us to speak up, knowing she would be understood and taken seriously. The words we used affected her and it was a micro-aggression on our part. While our intentions were pure, micro-aggressions are not about the initiator of the comment or their intentions. Rather, the lens from which we should examine a micro-aggression is the way it is received by others.

Words matter. And so does reparation. What makes words that offend (even in microform) so disconcerting, is that they happen so casually, frequently, and often without any regard to restoration every day. Habits of speech like this one and so many more are deeply ingrained in our language. That’s the thing with microaggressions in our language though – there are so many that are deeply ingrained in our speech that it is so easy to slip in a turn of phrase that it can tumble out with little thought.

In episode 12, part 2 of Tamman’s podcast, Article 19, we were discussing gender identity and what happens if someone unintentionally misgenders someone. One of our guests, Nate Stauffer said:

“How should I feel if I find myself in that situation where I’ve misgendered someone?” And I think with all due love and respect that that’s the wrong question to ask because what you’re actually doing there is centering yourself in an interpersonal interaction where you’re actually trying to create and foster inclusion and belonging for the other person. So you made yourself the subject of the question, but the question should really be about the other person. I’ve found in my life in situations where I’ve misgendered trans or non-binary friends, a lot of the time they end up feeling more uncomfortable if I start beating myself up over having misgendered them than they would if I just acknowledged, “Oops, I made a mistake,” and move on. So I think we have this tendency in American culture especially to want to apologize and see how we can repair the harm that we’ve caused, and with something like misgendering or microaggressions, like comments that you might make off the cuff, the best way to say you’re sorry is to check it in yourself and to not do it next time.”

Awareness leads the meaning of words to change.

Looking up the etymology of the word ‘blind’ I was struck by this reference, “The original sense would be not “sightless” but rather “confused,” which perhaps underlies such phrases as blind alley (1580s; Chaucer’s lanes blynde), which is older than the sense of “closed at one end” (1610s).”  Almost 450 years of reference to ‘blind’ as confused rather than sightless will lend itself to a colloquial use consistent with that in our post. In Chaucer’s time, people who were blind were on the extreme margins of society and that is just not the case any longer. People with disabilities are the largest minority group in America and are represented in all sectors of our society. Therefore, the primary meaning of blind, and other words a-like, appropriately should shift too.

Having a more mindful approach to the words we choose in our writing and our speaking as our awareness shifts takes effort, time, and a measure of accountability.

We are in a period of immense awareness of the language around us. As some of our communication gets shorter through social media and, frankly, shorter attention spans, the opportunity to provide context around the words we choose diminishes exponentially. The opportunity to offend (or learn from offense) has never been greater. Therefore reflection of our language is more important at this moment, than at any other time in recent memory.

Once again, it likely comes down to relationships. It seems quite simple, but it’s not. There is so much we don’t understand about each other and so our pattern-addicted brains fill the gap. When we have a relationship with someone or something, those gaps are more likely filled with empathy and generosity of thought. When we don’t have a relationship with the person or organization, we are more likely to fill those gaps with stereotypes, or worse.

The interesting thing about this social media post that prompted this article, is that in a paradoxical sense, we are happy it was brought to our attention so that we can learn, and make more mindful choices moving forward. We practice what we preach at Tamman, and that includes being open to making mistakes, being open to criticism, and always being open to learning. That’s part of holding ourselves accountable.

This blog post is certainly an effort to be transparent and share something that was brought to our attention in one of our recent posts, but we also want to go further and begin to share the insightful internal conversations and debates we have been having about the evolution and impact of language, awareness building, and how we can evolve our own language choices. This intention is self-imposed and we will make mistakes along the way. But when we do, we know our friends and partners will be there to hold us accountable to the standard that we’ve set for ourselves. As Nate’s advice above implicitly implores, we will be patient with ourselves as we persevere towards meeting this goal…but we will improve over time.

One of our goals as a mission-driven company is to build and perpetuate a culture that is inclusive, respectful, empathetic, and open-minded. We will continue to explore this topic, and others, in podcasts, writings, internal and external conversations and we hope you will join us in our commitment to taking a more mindful approach to the words we choose, recognizing the complexity of English, and our own power to help language evolve. Originally connecting as workplace neighbors on North 3rd (N3rd) Street in Philadelphia, Indy Hall and Tamman found they had shared values as well as adjoining spaces.
Read the article 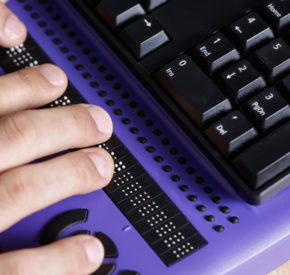